Be Still My Heart... With Three Little Words

Susan Mallery knocks it out of the park again with Three Little Words!!

From Amazon.com:
Isabel Beebe thinks she's cursed in the romance department. Her teenage crush, Ford Hendrix, ignored all her letters. Her husband left her for another…man. So Isabel has come home to dust off her passion for fashion and run the family bridal shop until her parents are ready to sell it. Then she'll pursue her real dreams. At least, that's the plan, until sexy, charming Ford returns and leaves her feeling fourteen all over again….. Seeing Isabel all grown-up hits bodyguard trainer Ford like a sucker punch. Back when heartbreak made him join the military, her sweet letters kept him sane. Now he can't take his eyes—or his lips—off her. The man who gave up on love has a reason to stay in Fool's Gold forever—if three little words can convince Isabel to do the same.


She never fails to impress me. Fool's Gold is still going strong thirteen books later.  Isabel's sister broke Ford's heart when she cheated on him with his best friend. He signed up for the military and off he went, leaving young Isabel herself heartbroken.  She wrote him letters for years, never receiving a response. Now, all grown up she is back in Fool's Gold helping whip her parent's bridal shape into order so they can sell it.  Ford's back in town, and his mother, the formidable Denise is hounding him to get married! Ford thinks differently, so he convinces Isabel to be his fake girlfriend so his mother would back off. Isabel is quite embarrassed about the letters she sent to Ford, but Ford loved her letters. They kept him going when times were tough.

Isabel and Ford are a great couple! This story is so feel good and heartwarming that it can turn your gloomy day into a great one. Thank you, Ms Mallery, for another wonderful story. I can't wait for the Cookbook and also Christmas on 4th Street!
Posted by Jenelle at 7:37 AM

The Storyteller
by Jodi Picoult
Excellent!

Against the Storm
by Kat Martin

Against the Law
by Kat Martin
I started this book and it took me a few days to read it, but I did enjoy it. The middle part got kind of slow.. I actually thought it easily could have ended then. The next two books are about the other "no-account Raines boys", Gabe a... 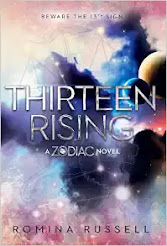 Book 4 in this amazing series out in August!